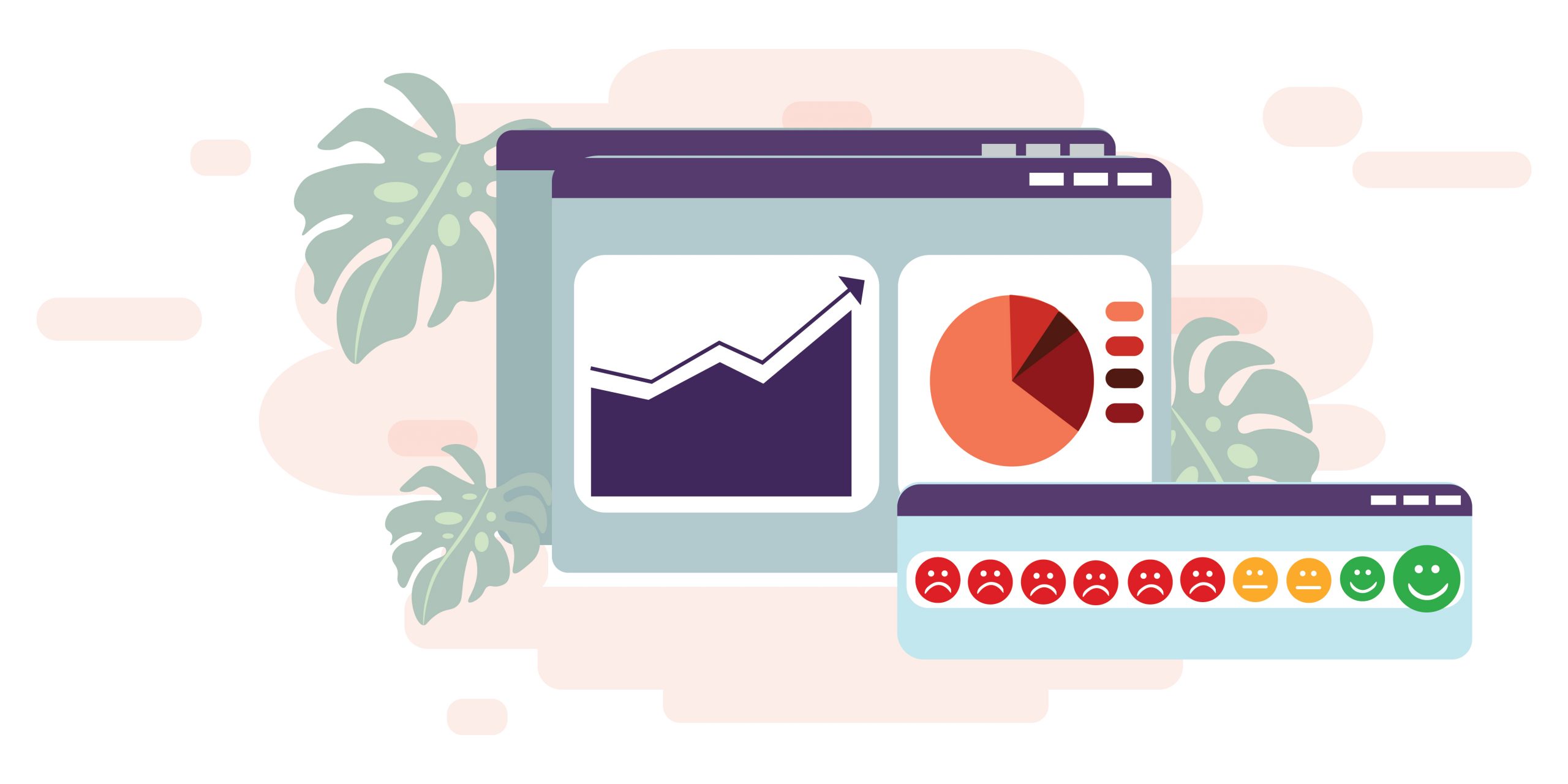 NPS as a well-known customer satisfaction metric has been used by many businesses for years now, and it has been a favorite for many product managers and business developers.

The question on the likelihood of a customer recommending a business is an important one in determining customer loyalty. Differencing between responses and grouping them into categories of Promoters, Passives, and Detractors can help determine where you need to put more effort in.

To better describe a situation where NPS can be used incorrectly or can lead in the wrong direction, we have gathered a testimonial that will shed light on that kind of potential issue.

‘How likely are to recommend this business to a friend or a colleague?’ – the NPS score question

After being in the business game for 3 years now, Michael was sure they were on the right track, and using customer satisfaction metrics was introduced as a way to listen to the customers and get even better results. Michael would check NPS scores on a daily basis and the results were always looking bright; the score never went under 80% and would sometimes go even over 90%.

But there was a problem. Michael has been under impression that the company was on the right track and that it will be visible in the revenue and sales. When checking churn risks and calculating churn rate, there was something that didn’t make sense: the churn rate was 21% and the company was losing revenue.

As mentioned, NPS is a great way of keeping track of customer loyalty, and loyalty is one of the main objectives when striving for revenue growth and improving sales. But, what is not mentioned often is that loyalty is not the only thing that can impact those things. Missing a mark on all other aspects that go into building revenue can have a much different impact than the one you were hoping for.

Loyalty in itself doesn’t guarantee growth.

Michael was putting all his efforts into boosting the NPS score that he didn’t think that customer satisfaction can change over time, making once-loyal customers in detractors and making the churn rate much higher.

There is that time where NPS is not always 100% reliable. Meaning that over time, even that one customer that was very glad to refer friends to your company, has cooled down and now has a different outlook on the company and the product.

This is why using surveys at different times and in different frequencies can produce many different results. It can be implemented right after the service was complete. Or it can be done days after when a customer had a chance to collect opinions and feelings about the service.

In Michael’s case, he knew that they have invested in having high-level professional Customer Support. The NPS survey that they have implemented at the end of chats and emails has actually been an indicator mostly on how satisfied the customer was with the way their issue was resolved. This happened because the survey was presented to the customer right after their contact with Customer Support and it has reflected on how effective the issue was resolved.

It is pretty simple to fall into that trap: your amazing Customer Support resolved the issue with the best possible outcome for the customer – previously unsatisfied customer feels valued and happy that issue is resolved – it gives a great NPS rate. But if after few days you were to turn to that customer again with the same question, there is a high possibility that the rate would be different from the one provided earlier. It may be much lower.

The answer to the NPS survey that is given to customers will most likely reflect their opinion on the current situation and on the person that has provided them assistance, but not necessarily how they feel about the company.

Let’s get back to the high churn rate. We have noted that the churn rate at Michael’s company has been staggering 21%, and when compared to the 90 NPS score, it just doesn’t make sense. The reason why it could get to this situation is that Michael was not understanding the churn risk they may face and why customers may decide to abandon using the service in the future.

Understanding churn risks can be done by communicating with your customers, being approachable, and making their opinions count. Of course, online surveys such as NPS are a great way to get in touch with the customer and get to know who they are. But there are several ways in which you can use NPS score and not only the standard form of asking that question on the end of the communication.

Allowing customers to leave their own comments after they have answered the NPS question can help you gather more real opinions that are not limited only by the numerical scale NPS offers. Having that part of the survey where they can express their feelings and satisfaction with their own words can be valuable for a more real statistic.

It is a fact that customers who are either very enthusiastic about the service and on the other side, the others that are extremely dissatisfied will take the time and effort to write up their side of the story. This way, you are eliminating the passives from your statistic and concentrating on the two groups that are crucial to your revenue growth – Promoters and Detractors.

By having a clearer picture of the statistics that relate to the factors of growth, you will be able to easier spot reasons why some customers may decide to churn. Also, NPS as a customer success metric is not the only survey you can use.

CSAT is another very popular and often used online survey that uses a simple question regarding the overall satisfaction of customers.

‘How would you rate your overall satisfaction with the service you received?’

The best thing about CSAT is that it can be implemented at any time during the use of the service when some customers are only using a specific feature that the service provides, or after several days the customer used the service. With this, you can get specific information about every part of your service and how well do customers respond to it.

By including CSAT into your metrics and statistics, you are bound to have more detailed information about customer satisfaction and customer behavior, leading to effectively eliminated churn risk.

So, when Michael introduced the customized use of NPS and CSAT into his company, he was able to gather valuable feedback and act on it. After several weeks, the NPS score stood at the same rate, CSAT was also high, but most importantly, the churn rate has decreased to 9%.

Combining and using online surveys, finding innovative ways to make them fit into the needs of your company can lead to much greater results than the traditional uses by just sending customers an email with the survey.

MetricsFlare delivers the three most used and most effective customer satisfaction metrics that can be used in different ways. Implemented on different places on your website or in emails and chat will allow you to have a clear report on all statistics that are valuable for your company’s growth.

With turning our opsession into your success

Fill out the enquiry form and we'll get back to you as soon as possible.